Ein Ton consists of three organ pipes, each standing on two trestles. Each pipe has a built-in blower, connected to the mains by a manual switch. Alternatively the pipes can be switched on and off by motion sensors and timers.

The pipes are tuned to slightly different notes: one pipe, left, has a small tuning hole near the open end; the centre pipe is left plain and the mouth of the pipe on the right is partially closed by a flap. 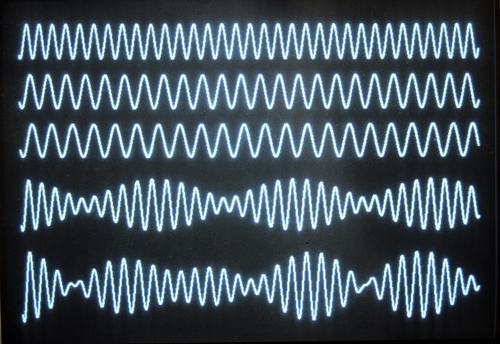 •   When one pipe is switched on, there is a single note. (any one of the top 3 lines above)

•   When two pipes are on, together they produce "beats" - a regular throbbing. (4th line)

•   When all three pipes are on, there are irregular rhythmic beats. (bottom line) 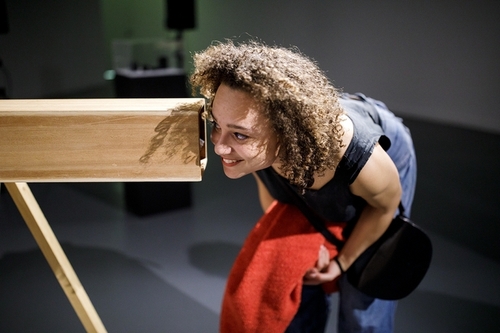 Ein Ton is a popular exhibit and is also sometimes included in works written for my instruments, as for example in hitonokiesari by Masahiro Miwa.
to index
to music machines