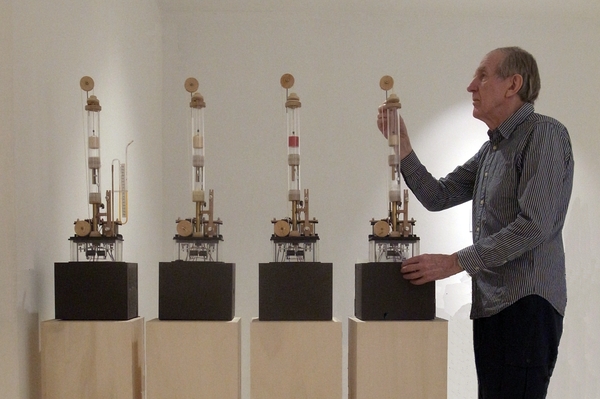 Tuning the Voices at the Stadtgalerie Saarbrücken, 2016 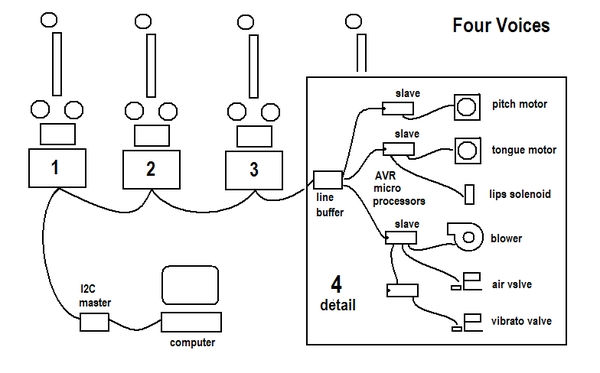 The music data is stored in a computer. It sends the pitch and vowel instructions, via an I2C network, to 12 microprocessors, 3 for each Voice. that control their motors, blowers and valves. The Voices can be spread out along a 25 meter cable - maybe longer, I haven't tried. 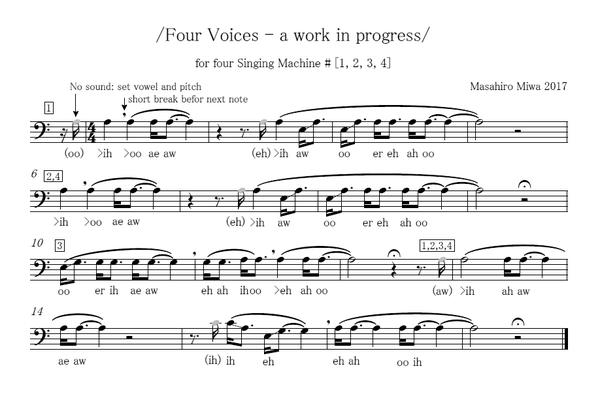 Masahiro Miwa wrote a score and we had a week-long email exchange with my recordings and his corrections. I demonstrated it for three days at KONTAKTE where it turned out to be surprisingly popular. 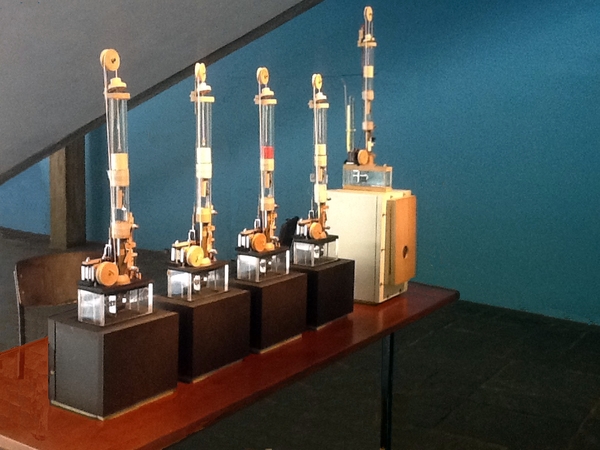 Academy of Arts, Berlin, 2017
KONTAKTE: Biennial for Electro-acoustic Music and Sound Art, 2017
On the right is their prototype, the Singing Machine.