more about the Walking Machines

I set out to discover as many different ways of mechanical walking as possible. The inspiration came mainly from Nature but also, in some cases, from other mechanisms. In all, I made about 15 different Walking Machines with two, three, four and six legs.


Above a stop motion photo of a 2 legged machine in motion. 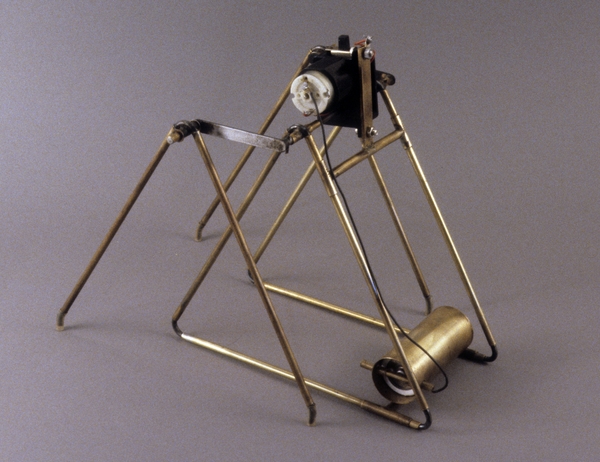 The simplest walking machine. It walks like someone on crutches and was inspired by an advance publicity still photo of Star Wars robot R2D2 - before I had actually seen the film. In fact R2D2 scoots along without using his arms very much.

A stop motion photo of the "crutches" machine above. It laboriously heaves itself up on its crutches, swings itself one step forward and slowly lowers itself to the ground. The machine below avoids this problem. 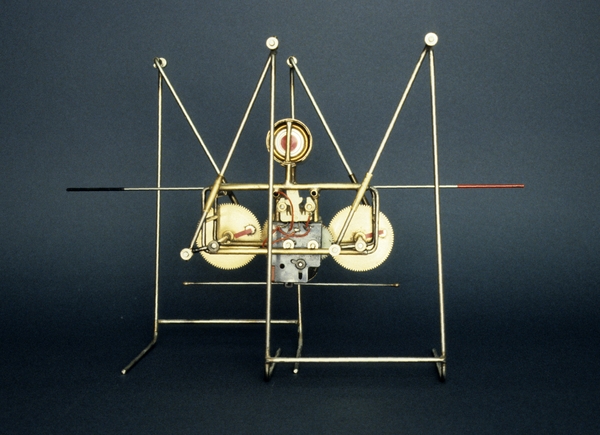 This machine incorporates a "straight line linkage". The legs lift up with each step but the body always remains at the same height from the ground. The red-black thing is a feeler; if it touches an obstruction it throws the motor into reverse.
a video of this Walking Machine (without its feeler)