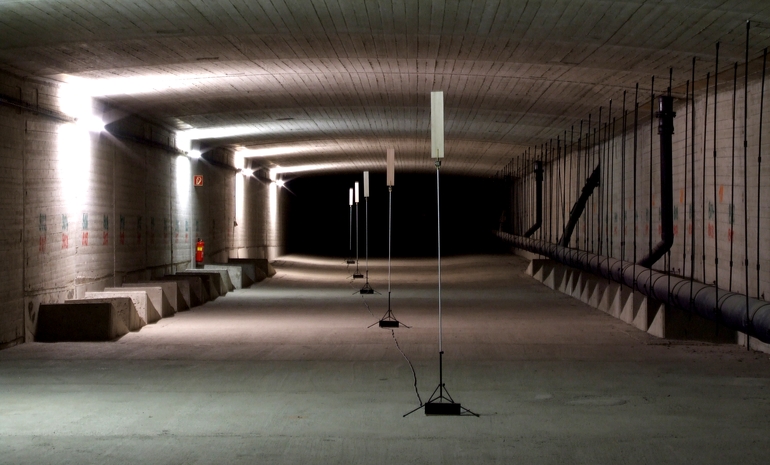 The view inside the prestressed concrete beam of the Deutzer Bridge, Cologne. Parallel with this beam (1980) is a second, earlier box beam (1948) with exactly the same outward profile but made of steel. Along the centre of the three-span bridge runs a tram-way. There is a faint rumble of heavy vehicles and louder intermittent sounds from the trams.

The installation, itself silent, was made specifically for this situation. It has since been shown in other configurations in a number of other places - when packed, it can be transported by air as accompanied baggage :-)