How to learn to talk 2U

A performance with the Talking Machine
by
Tomomi Adachi

When one thinks about the Man-Machine concept one immediately thinks of Kraftwerk. Apparently their image of the cyborg-human was inspired by the Russian Cubo-Futurist movement. Vsevolod Meyerhold’s Biomechanics was a technique of expressing emotions on the stage by using external physical gestures rather than by subjective feeling. Gestures express the thoughts of the human being and convey them to the machine. I was also inspired by Zaum, the transrational-beyonsense language invented by the Cubo-Futurist poet Aleksei Kruchenykh as a way of communicating between human beings and machines and so transcend the border between the animate and inanimate.

Incomprehensible utterances by the machine express its innermost mind. 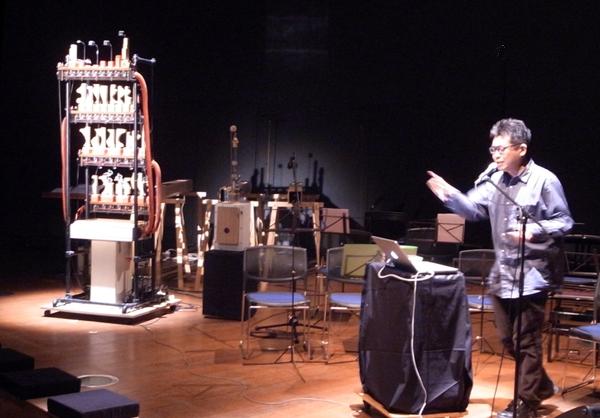 back to speaking machines